Intellectual Property: Can You Steal It if You Can’t Touch It? : Is it stealing to copy or download music, videos, software, or other forms of intellectual property without paying for it? Many people who would never consider walking into a store and stealing something off the shelf have no qualms whatsoever about copying a friend’s CD, DVD or software.

Even more prolific is the practice of swapping music files on peer-to-peer (“P2P”) networks. Despite famous court cases against Napster and Grokster, and lawsuits brought against individuals by the Recording Industry Association of America (RIAA), millions of people continue to swap music and video files. The laws of the United States (and nearly all other countries around the world) are clear that such activity is illegal. So why do we need a teshuvah on the subject? Shouldn’t it be enough to cite דינא דמלכותא דינא , the law of the land is the law, and leave it at that?

Many people view downloading or sharing music or video files as a form of victimless crime. They argue no one is harmed, so they are not doing anything wrong. Therefore this teshuvah is necessary to address the question beyond secular legality: is it ethically wrong within a halakhic framework to download, swap, or otherwise use music, videos, software, or other forms of intellectual property without paying? In places where secular law may allow—or at least turns a blind eye to—copying intellectual property without the author’s permission, would Jewish law still prohibit the practice?

Whistleblowing: The Requirement to Report Employer Wrongdoing : Determining whether one is legally, morally, and/or halakhically obligated to report employer wrongdoing is a complicated decision tree involving a variety of factors. However, there are situations where one is not only permitted to report employer wrongdoing, but one would have a positive obligation to do so. This responsum will analyze the decision making process by breaking it down into a few key areas:

The concluding section of the responsum will provide some guidelines for how to weigh these various factors. 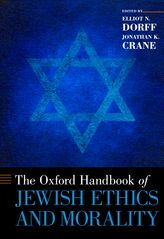 Jewish Business Ethics. Chapter in the Oxford Handbook of Jewish Ethics and Morality. 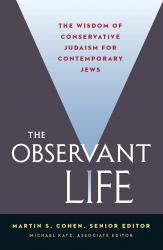 Relations Between Co-Workers. Chapter in The Observant Life: The Wisdom of Conservative Judaism for Contemporary Jews.

Gidron, Benjamin, and Leff, Barry. A Jewish Perspective on Business Ethics: A Glance into the Sources and Implications for Curriculum Development. Unpublished paper presented at the “Approaches to Ethical Challenges in Business and Economics: Religious and Cultural Contributions” workshop in Innsbruck, Austria, March 1, 2017. Hosted by the Austria Israel Academic Network – Innsbruck.